How to use digital video to sell and market every aspect of your business and your expertise | taught by TJ Walker
Watch Intro Video
Buy $49.00

You will learn how to use digital video and YouTube to communicate more effectively to your customers and prospects. Video can be the ultimate "sales" tool when it allows you to be fully responsive to customer/prospect concerns. This course will give you practical how-to tips on how to make simple, information packed videos for your website, YouTube channel, sales proposals, client communication and training tools. 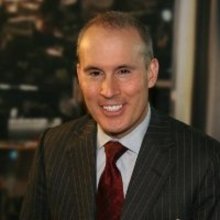 In 2009, Walker entered the Guinness Book Of World Records for most talk show appearances ever in a 24 hour period. Yearly, Walker has more than a quarter of a million views of his public speaking tips videos on social media platforms.

Walker is the most prolific producer of presentation skills online training courses in the world, with more than 100 separate courses. He has more than 50,000 students enrolled from 172 countries.

“TJ Walker’s single-minded devotion to presentation has made him the #1 expert for executives seeking guidance on speaking to the public and media.” Bob Bowdon, Anchor/Reporter, Bloomberg Television

“To break through the cluttered media environment, it's important to get your message out in a clear and concise way. TJ knows how to do it and gives you the tips to succeed."

Tweet
We suggest moving this party over to a full size window.
You'll enjoy it way more.
Close
Go Fullscreen